Every month has their own unique stone that is the birthstone for every person born in that month. Before we go over the gorgeous variety of stones that are included in those 12 stones, let’s first go over how birthstones first came to be.

Birthstones originate back to the bible. It is said that Moses gave Aaron a breastplate that contained 12 of the most precious diamonds. After that, they became associated with the Zodiac signs and eventually became associated with each month of the year. Each stone has unique characteristics and qualities that make them very special to each month.

Garnet is one of the many birthstones that has a variety of colors. The colors range from red and orange to blue and purple and everything in between. Garnets are a formation of a cluster of minerals which allows one garnet stone to be more than one color. They are also known to provide safe travel to those whose birthstone it is.

Amethysts are some of the most affordable diamonds. They are mentioned in many historic cultures and religions for their deep purple beauty. Amethysts birthstones represent courage.

From the title, it is pretty obvious that this gem got its name from it rare blue colors. The aquamarine birthstone is associated with having healing powers. Due to the blue color of the gem, it is often associated with youth and eternal life.

The diamond is the most popular gemstone. This is most likely due to how valuable, hard, and dense it is. Even though clear, white diamonds are the most common there are actually a large variety of colors. Colored diamonds are formed when impurities are present when the diamond is forming.

The pearl is also a very popular gem. It is affordable and so it has been used in jewelry for a long time. It is also a symbol of purity. The pearl is unique because it does not have the same seen through gem look as most minerals do.

The ruby is known to keep evil away. For centuries the ruby was actually the most popular and valuable stone. Wearing rubies was a symbol of power and wealth. Because of this, many rulers and royalty wore rubies.

The peridot is one of the only gems that is only formed in one color. Their signature color is a lime green which is a rare color for any gem to form in. The peridot signifies strength. 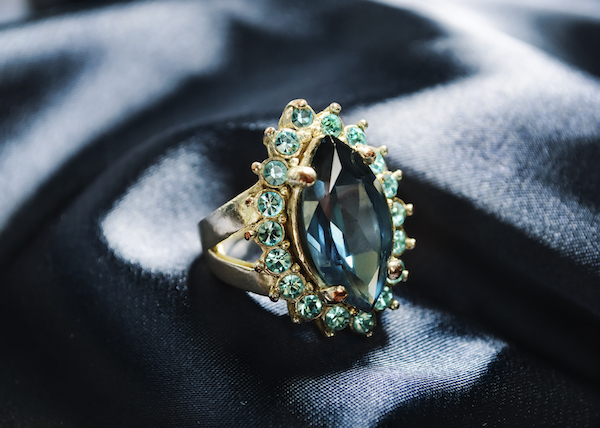 The sapphire, like the ruby, is also known to ward off evil. Even though sapphires are mainly associated with the color blue they actually can form in a variety of colors. The lighter the color the purer the sapphire is and the more expensive it is. Yet many people prefer the darker sapphires because of the deep beautiful color.

The opal is known as the queen of gems. The reason being that the opal can have any color of any other gem in it. The opal also has the most variety, every opal is very different. The opal also symbolizes faithfulness and confidence.

Topaz is usually associated with love and affection. The topaz colors are usually a duller color varying from yellow to brown, to pink or even clear. 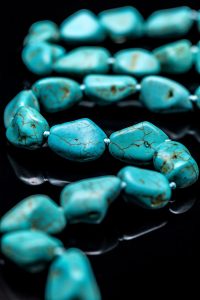 Turquoise is also one of the more rare looking gems because of its cloudy blue-green color. Its symbols are luck and success. It is the oldest gem that we know of. It was used a lot by the Egyptians and Native Americans.